GLIMPSE OF THE UNIVERSE


GLIMPSE OF THE UNIVERSE is a film by Eugènia Balcells, in conversation with the astronomer Marc Balcells, director of the isaac Newton Group of Telescopes at the roque de los Muchachos Observatory (Canary islands). Eugènia and Marc share a long-standing complicity. As children they would scrutinise the skies together under the scientific guidance of the adults in a large family of architects headed by an inventor grandfather. Those childhood nights awoke in Eugènia Balcells a lifelong interest in light and the way it behaves. Her first work was in film production, which led her to study Fine Arts at the University of iowa (USA) and to develop different forms of artistic expression in which space and time are always multiple and mutually penetrable. it is no accident that her degree thesis MÖEBIUS SPACES was a fold-out book, with no beginning or end, that opened to create a continuous, circular double space suggesting the paradoxical space of a Möebius strip. Once she was settled in New York, where she lived for over twenty years, her growing interest in light and colour led her to conceive large installations such as FROM THE CENTER, prizewinner at the Visual Studies Workshop, rochester, NY, 1983; COLOR FIELDS, premiered at the First National Video Festival at the Círculo de Bellas Artes (Fine Arts Club) in Madrid, 1984; TV WEAVE, shown at the institute for Art and Urban resources, PS 1, New York, 1985; TRANSCEDING LIMITS, shown at the Barcelona Museum of Contemporary Art, 1966 or COLOR WHEEL, shown at the Arts Santa Mònica centre as part of the exhibition FREQUENCIES, which won her the National Visual Arts Prize 2010, awarded by the Generalitat de Catalunya. in UNIVERSE, Eugènia Balcells treats light as the messenger of the best kept secret, our origin, which may also be our destiny. 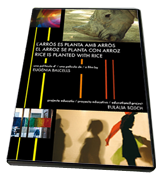 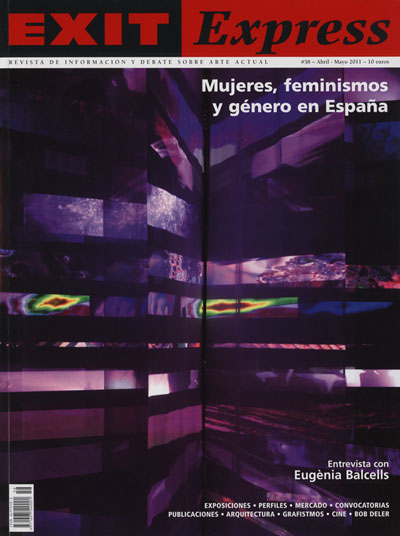